What Is Better At Removing Wrinkles: Botox, Dysport, Or Xeomin? 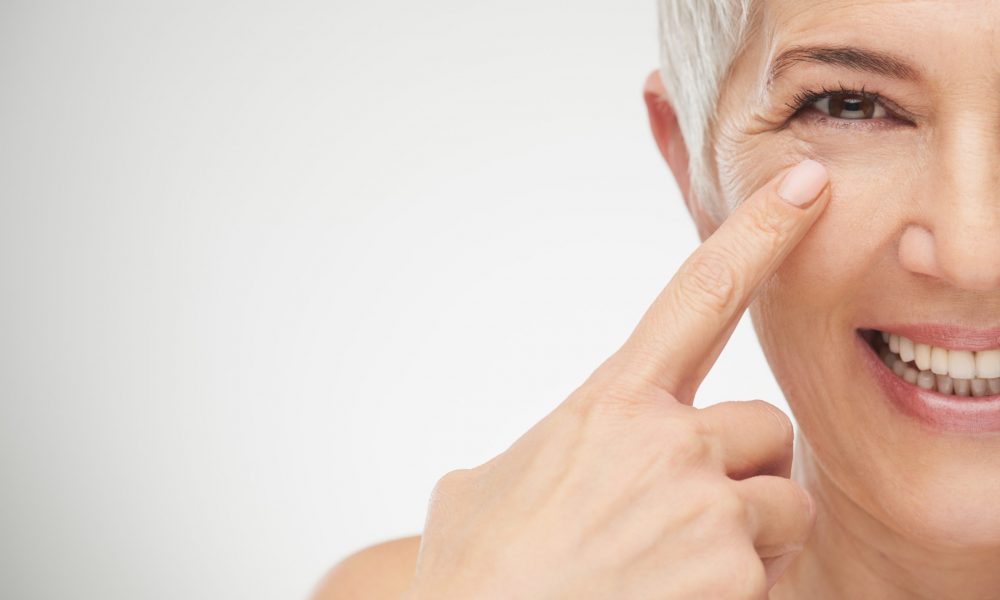 Battling wrinkles in this day and age is easier now than ever. It used to be that you had to undergo costly cosmetic surgeries for removing wrinkles. Now, we have Botox vs. Xeomin vs. Dysport that are non-invasive and deliver a more effective result.

If you’ve been in tune with the latest cosmetic products or therapies, you’ve most likely heard of Botox and its counterparts. In fact, it has become a household name already. Even non-cosmetic aficionados have at least once in their lives heard about Botox.

Botox cosmetic treatments have been used time and time again against wrinkles. But have you heard that there are similar products that accomplish the same features? If you are trying to find a Botox treatment, you’ve probably heard of Xeomin or Dysport offered as alternatives.

Although in plain sight, they accomplish the same thing, there are significant differences that you might need to keep an eye on. We will explore the differences between Botox, Dysport, and Xeomin and see how each of them affects wrinkles.

What Are The Similarities Between Botox, Dysport, and Xeomin?

Botox, Dysport, and Xeomin have very similar procedures, all of them are injected into your face, and their effects are very similar to each other. From a patient’s point of view, there is no difference between the two.

Botox is an old, tried, and tested product that is effective against wrinkles, and it was approved by the FDA for cosmetic purposes as far back as 2002. However, the formula already existed way back in 1989, and it initially was for medical purposes.

Dysport, on the other hand, is a new product. Like Botox, Dysport was initially created for medical purposes, and it was a treatment for adults to help reduce the severity of neck pains and abnormal head position. This product was approved as recently as 2009 by the FDA for use in cosmetics.

Xeomin is another new product, but this one is much newer. Like the other two, Xeomin is a prescription medicine used to treat Cervical Dystonia, Blepharospasm, Glaballer Lines, and Upper Limb Spasticity. Xeomin is either used alone or with other medications. FDA approved Xeomin for cosmetic purposes as early as 2011.

What Do They Have In Common?

For your muscles to expand and contract, the muscles, nerves, and brains need a line of communication. That communication is transported via a chemical called acetylcholine. It travels through the nerves and then to your muscles, giving instructions on what the muscle should do.

But if we use any of the three neuromodulators, we effectively block the communication of the nerve and muscles, preventing any contraction or expansion. Since we apply neuromodulators to your face, it prevents contraction, thus minimizing wrinkles. But they are only applied enough that your appearance doesn’t appear stiff, but rather a natural glowing look.

All three treatments use a neuromodulator called botulinum. Yes, it is the same neurotoxin protein harmful to humans, but they purified it so much that it is safe for use.

What Are The Difference Between Botox, Xeomin, and Dysport?

Although their applications are very similar, it’s unadvisable to interchange any of these treatments. Your provider should be able to identify which is which.

Each of the three products that they are most effective in reducing wrinkles. Here’s what you should learn about each one.

All three of these products use the same base formula, botulinum, but there are differences—formulas of Botox vs. Xeomin vs. Dysport.

Botox has different ingredients other than botulinum. A vial of Botox will contain botulinum type A and sodium chloride. Depending on your provider, more ingredients could be mixed in to improve the results, make it longer-lasting, or both. However, providers that mix in their own ingredients are scarce.

Of the three ingredients, Xeomin is by far the simplest, only containing one ingredient, which is just botulinum. The concept behind Xeomin is that it allows the patient to build lesser natural resistance over time. Likewise, Xeomin is less prone to complications like allergies or rejections since it only contains a single ingredient.

Just like Botox, Dysport also comes with different ingredients other than botulinum. The components may include botulinum type A, microgram human serum albumin, and lactose.

Xeomin has no other accessories, just a pure version of botulinum. On the other hand, Botox and Dysport contain more ingredients, so a patient constantly applying these two will notice that the results aren’t as effective anymore. The single ingredient also allows Xeomin to spread faster, thus resulting in much quicker results.

However, it doesn’t necessarily mean that Xeomin comes out on top over the other two. Dysport and Botox have other additives because these extra additives help these products last much longer.

However, there are clinical arguments that the additional additives reduce the effectiveness of botulinum. Nevertheless, when compared unit to unit, Xeomin and Botox have similar results, whereas Dysport may require more units, but it’s at a lesser cost.

Both reports on Botox and Xeomin by patients tell that it will take up to two weeks before anyone sees results. On the other hand, Dysport was observed that its results appear much quicker than Botox and Dysport.

All three neuromodulators can last up to three to six months per treatment, but it varies from patient to patient. Patients have reported that Dysport has the quickest results, only taking three days, while Botox takes ten days, but Xeomin only six days.

So Which One Is The Best?

Botox Vs. Xeomin Vs. Dysport is a common hot topic, but should you even compare them?

All three treatments are effective against wrinkles, precisely as they advertised. Through careful application, each of the three can effectively remove wrinkles near the eyes, chin, cheeks, and forehead.

However, of the three, Botox is the most well-known, essentially a household name. But it doesn’t suggest that you should overlook Dysport or Xeomin either. So which ones come on top of the three?

These factors are not always necessarily consistent or accurate. Our bodies react differently, so Botox may act quicker than Dysport or Xeomin is longer lasting. We don’t know how your body reacts.

Botox vs. Xeomin vs. Dysport is a topic that is not quantifiable to answer. If you are uncertain which of these three products suits your needs, you need to ask for professional help, and that’s when you should contact Aesthetically Savy. They are an expert in all things injectable cosmetics; they can provide you with professional advice that will help you know which ones are good for you.

PrevPreviousIs dermal filler safe to perform during pregnancy?
NextWhat Is The Difference Between Hormones and Neuromodulators?Next 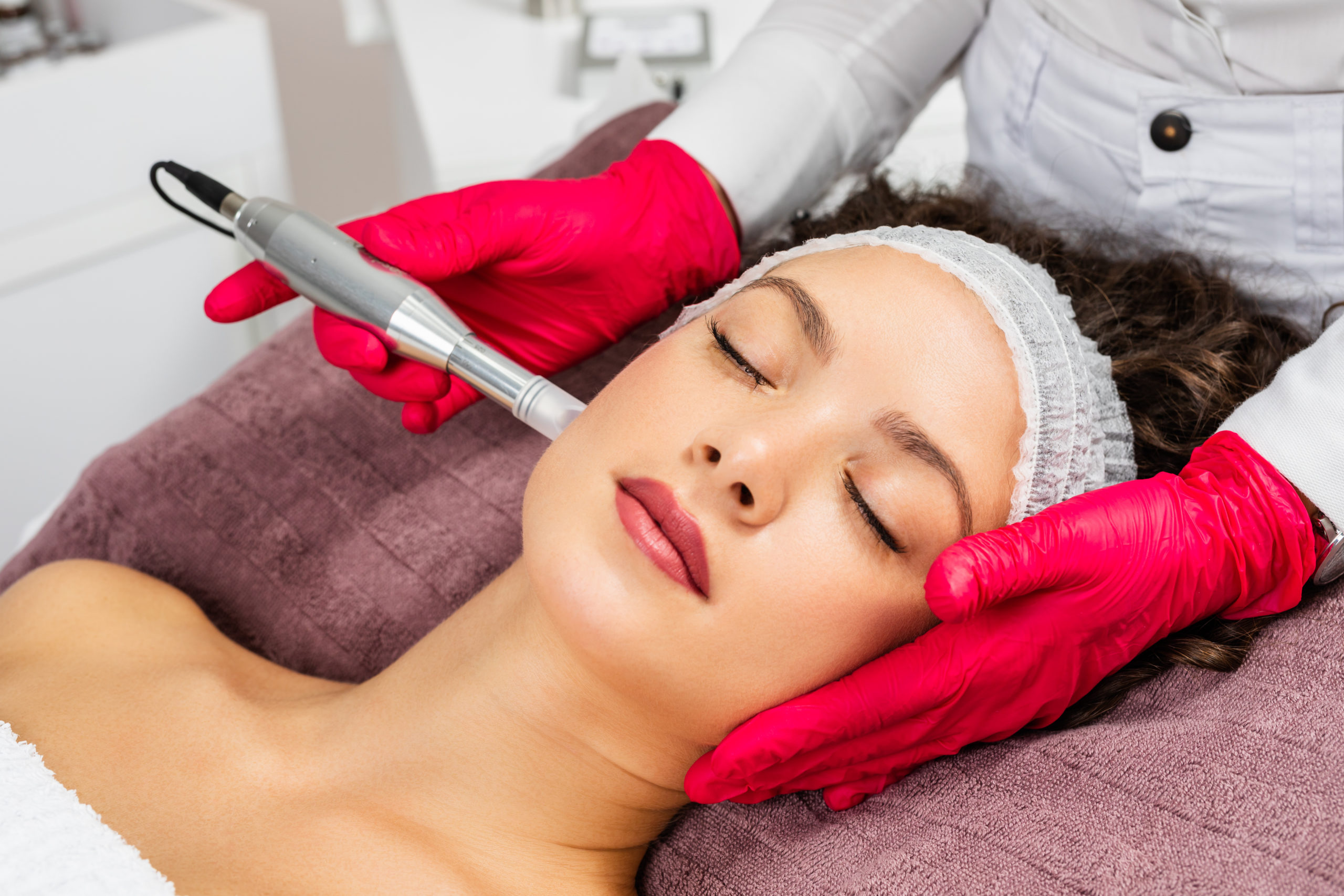 Is SkinPen Microneedling an Effective Treatment for Improving Skin Texture, Tone, and Color? 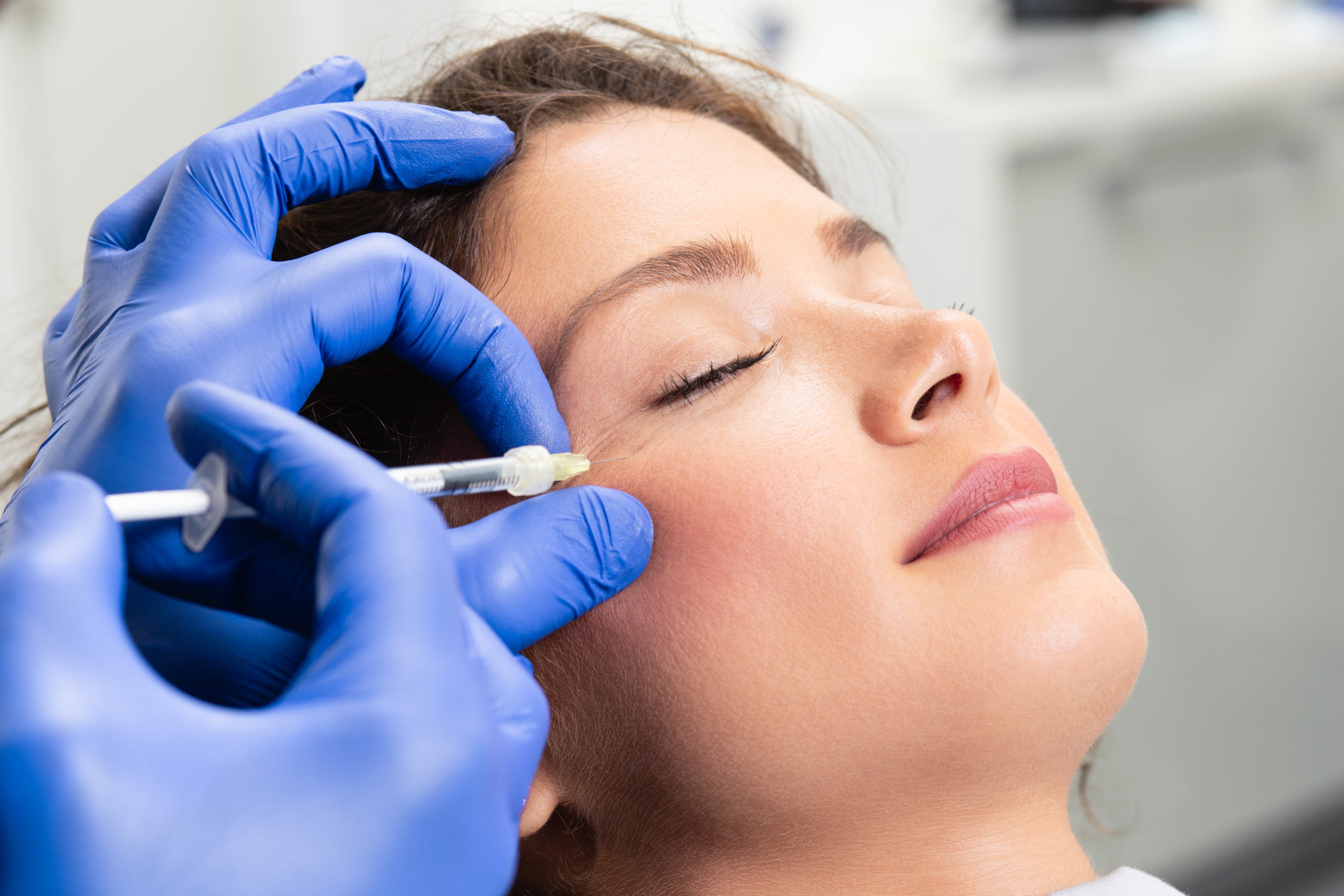 What Lasts Longer, Botox or Xeomin? 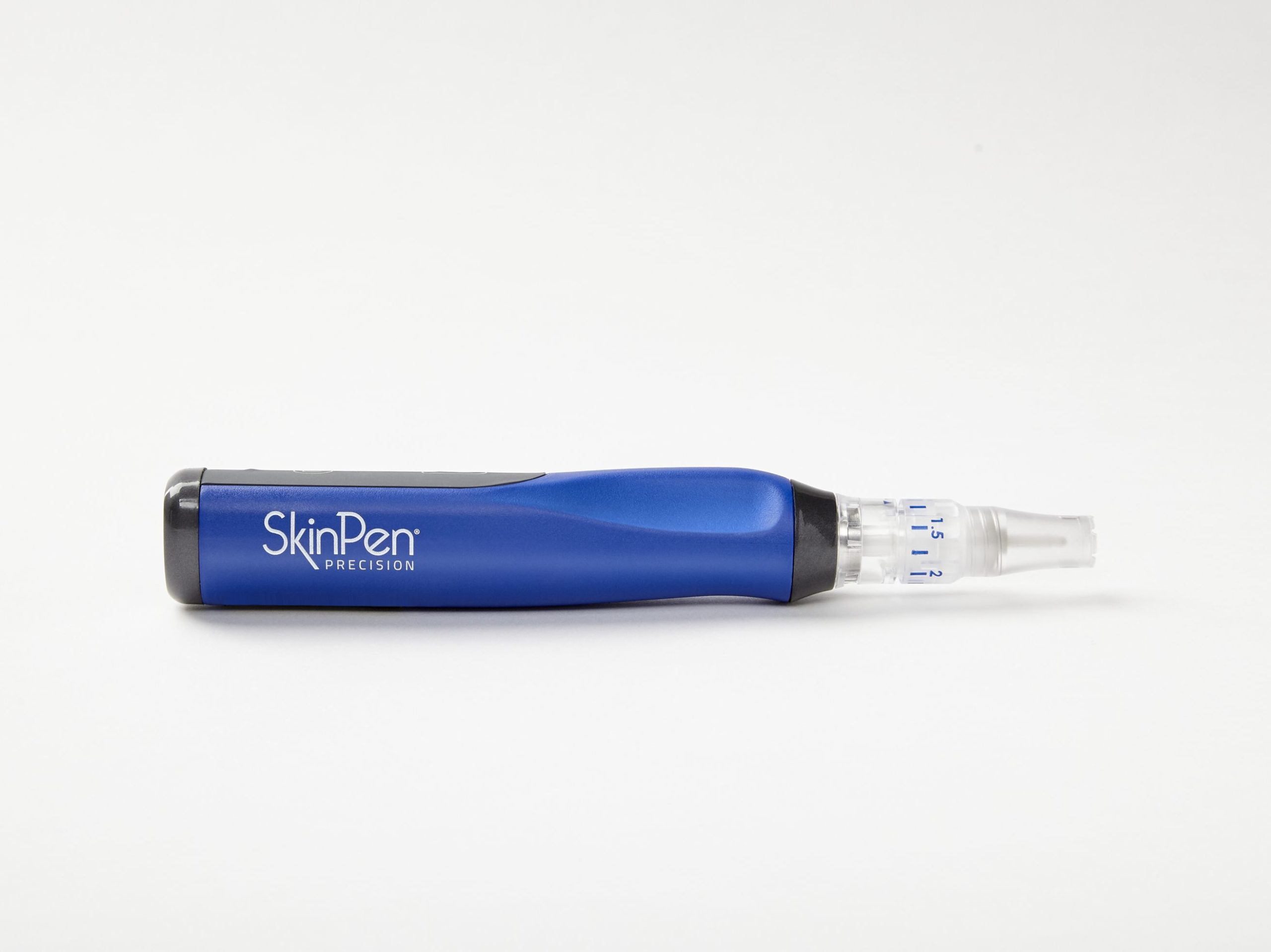 Reveal Your Naturally Radiant Skin With SkinPen in Savannah GA 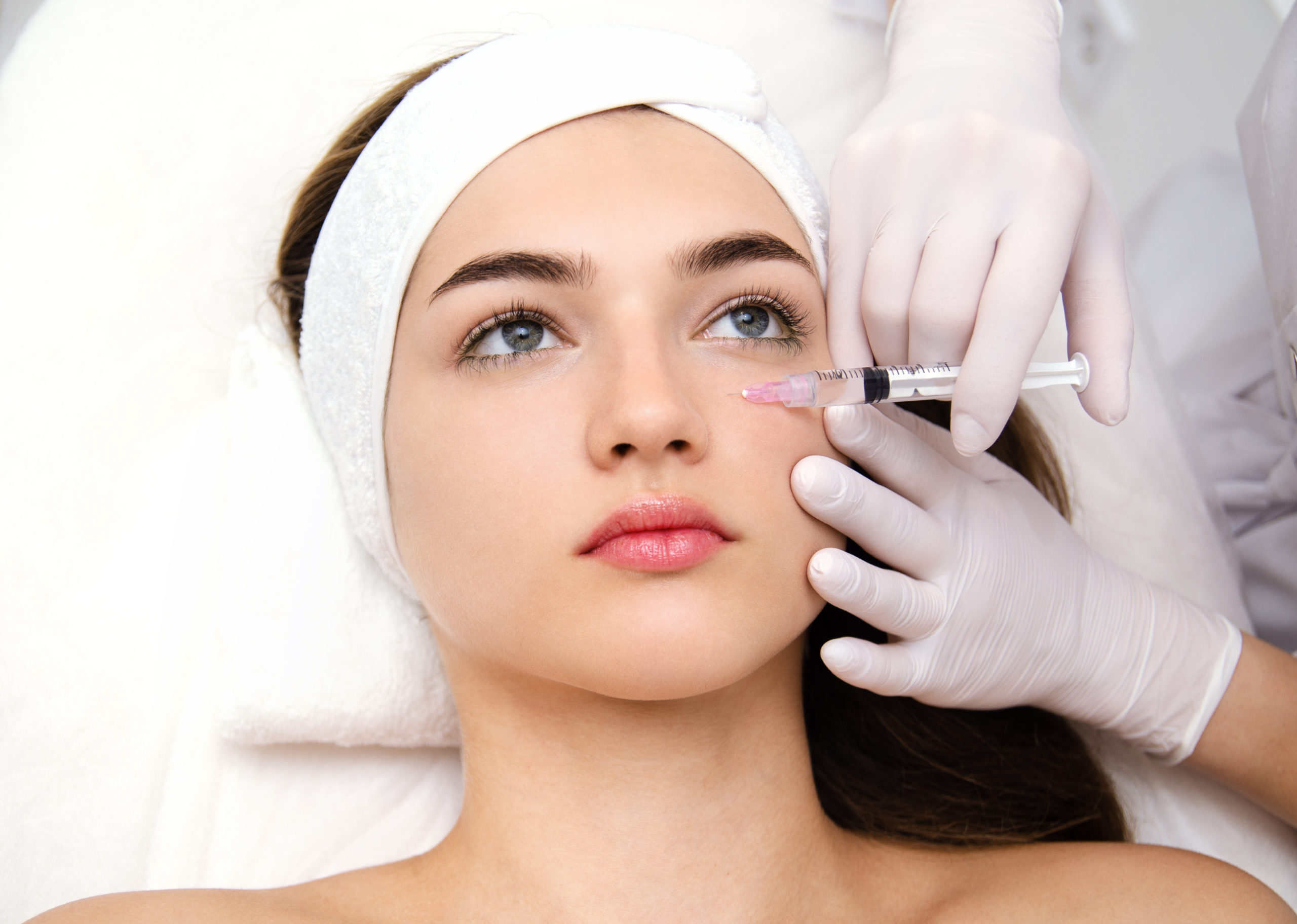 What is the Function of Neuromodulators?